The most awaited movie of this year – ‘Prem Ratan Dhan Payo’

‘Prem Ratan Dhan Payo’ is one of the most awaited movies of this year. The movie that has Bollywood superstar Salman Khan in the lead role will release on November 11. The teaser poster of the upcoming movie was released by Salman lately. He released the teaser poster of ‘Prem Ratan Dhan Payo’ movie on his Twitter handle and captioned the picture aptly as: “Iss Diwali Prem Is Back.” The movie is being directed by Sooraj Barjatya and is a family drama film that also has Sonam Kapoor playing the female lead in the movie.It will be for the 15th time that Salman will be donning the hat of Prem. The teaser poster release is interesting and Salman can be seen clad in dhoti and a cobalt blue kurta with his back facing the fans. The first poster of ‘Prem Ratan Dhan Payo’ movie looks appealing and it counts in one of the very few well-framed tweets that Salman Khan posts. He wished his fans and followers a ‘good afternoon’ as he shared the film’s teaser poster. 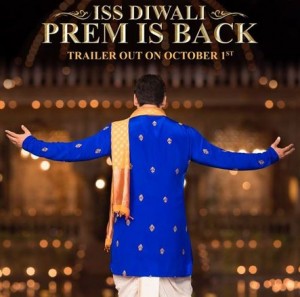 The official trailer release of ‘Prem Ratan Dhan Payo’ has been awaited for long and it will release on October 1. The teaser poster of the movie has just added to the anticipation of Salman fans. The movie will bring back the director-actor pair of Sooraj Barjatya and Salman Khan who have already won many awards together after a gap of 16 years. Salman Khan and Sooraj Barjatya have earlier worked together in ‘Maine Pyar Kiya’, ‘Hum Saath Saath Hain’ and ‘Hum Aapke Hain Koun!’ After the poster release of ‘Prem Ratan Dhan Payo’ movie, the whole cast and crew is gearing up for the launch of the movie’s trailer at a gala ceremony for which contest entries have been invited. For attracting large audiences for the event, Twitter will be used and contests will be held in the course of the trailer release which will be conducted by both Salman and Sonam’s fan clubs. 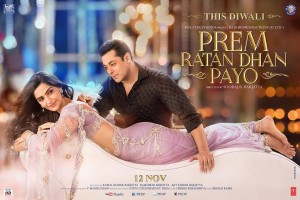 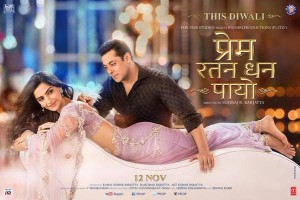 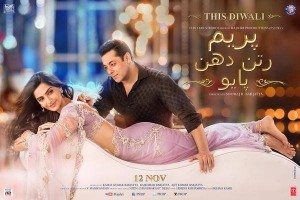 Both the lead actors are very much thrilled about their second movie; they have earlier been a part of Sawariya. In a promotional event, Sonam Kapoor was quoted as saying, “I like Salman in romantic films, that’s why I am doing the movie because I feel he is amazing at romance.” Rumours have it that Salman has been attending some French classes lately as he will be seen speaking French in the movie. ‘Prem Ratan Dhan Payo’ will be released on November 11. 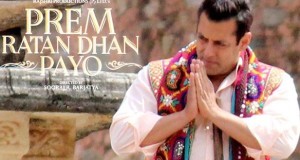 Salman Khan & Sooraj Barjatya come together after a span of 16 years to mesmerize you!

#PremIsBack with his charm in this magnum opus! Also starring Sonam Kapoor, Neil Nitin Mukesh, Anupam Kher and others.