That Moment when your Heart skipped a Beat – Salman Khan

Salman Khan has taken the Internet by storm again after „Hangover“ with his latest song „Main hoon hero tera“ getting positive reviews from music lovers around the word.

The actor, turned singer with the song „Chandi ki daal pe..“ from his 1999 movie „Hello Brother“. Later, he crooned for tracks like „Tujhe aksa beach“(God Tussi Great Ho), „Hangover“ and „Jumme Ki Raat“ (Kick). But it was „Hangover“, which went on to become a big sensation on the net.

The Bollywood superstar is back with „Main hoon hero tera“, but this time he has not sung it for his movie. The song will be used in Sooraj Pancholi and Athiya Shetty starrer „Hero“.

In the video, we see Salman Khan singing his heart out with his mind blowing expressions. The song is picturised on debutant Sooraj Pancholi and Athiya Shetty,Produced by Salman Khan Films, Hero is slated to hit screens on September 11 2015.

We wish him all the best, RCI

Here the  Video link to the most romantic Song 2015: 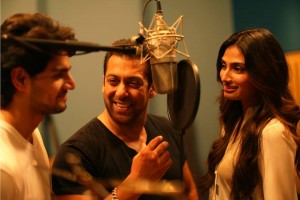 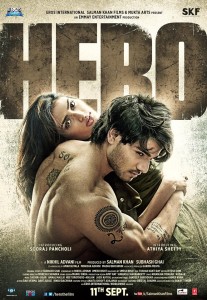